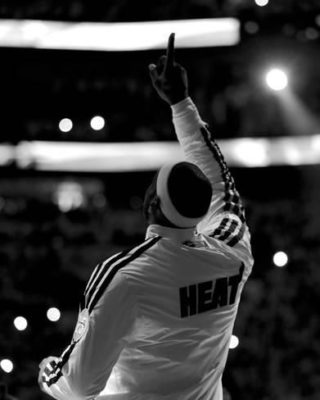 LeBron James has given us legendary basketball play and unforgettable playoff memories for a decade and a half. Don’t take the king for granted; the day he retires is coming sooner than later. Even the passionate LeBron haters will dread a Kingless NBA, they’ll have no one to scorn from their living-room during the NBA Finals.

Millennials will one day fill their grandchildren in on the time LeBron James and the Cavaliers clawed their way out of a 3-1 deficit to beat the 73-9 Golden State Warriors in the Finals, or the time LeBron erupted in the 4th quarter of game 6 in the 2013 NBA Finals after his headband was knocked off his head.

Among the countless accolades and 8 (9?) straight finals appearances, LeBron James will be remembered for having a career long prime. Its insane how anything other than an MVP season is a “down year” for Bron. He’s been peaking since middle school and hasn’t showed any signs of aging on the court since his 2003 rookie debut.

After his historic 2016 Finals performance and comeback victory, settling the debate of which season was LeBron at his best has become an even tougher task. We must consider the chosen-ones 2012-2013 season in Miami as one of his best, he was one of the most efficient and dominant MVPs ever. Also, who can forget about the 2006-2007 season when LeBron carried a mediocre Cavs team to the NBA Finals?

Now that we established LeBron James as a basketball god, let’s distinguish his least remarkable seasons from his absolute best.