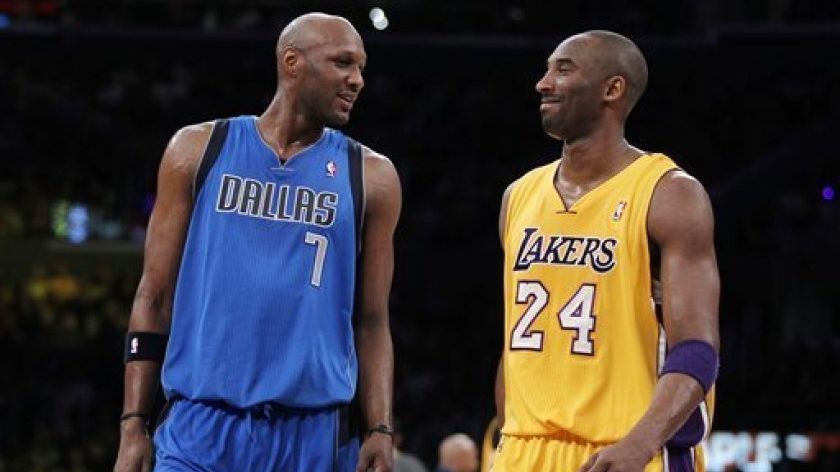 Former NBA player, and ex-husband of Khloe Kardashian, Lamar Odom is set to have a biography released, titled Darkness to Light.

Odom includes a period in his career where he played for the Dallas Mavericks, during the 2011-12 season; a stint which lasted only 50 games. In an excerpt in D Magazine, Odom wrote at length about his tumultuous relationship with Mavs owner Mark Cuban.

As Odom tells it, he told Cuban when they first met that he was “not doing well right now,” and while Cuban stressed that Dallas would “support” him because the franchise viewed itself as a “family,” that was not a permanent arrangement.

“Cuban quickly grew to resent me; it seemed his goal was to make my time in Dallas as miserable as possible. He rode me constantly, talked down to me, and questioned my manhood in front of others. During home games he’d grab his usual courtside perch and proceed to hurl obscenities at me.”

Odom goes into a collection of alleged insults levied his way by Cuban, and while many of them involve him being verbally heckled, one especially sticks out. The story involves on game where Odom, by his estimation, had “possibly the worst game of the season.”

“When no seats on then bench were available near the coaching staff, he went down by Cuban, where the Mavericks’ owner kicked him.

Cuban extended his right foot and kicked my shin. “Come on, motherf*cker!” he shouted.

I was stunned. This wasn’t a tap. I felt it. That was the last straw. It was painfully clear he did not respect me as a man. I felt the adrenaline rush through my body. In an instant I was transported back to Linden Boulevard, where the slightest act of disrespect could be fatal. As I sprang up, Vince Carter, who was sitting next to me, grabbed my arm tightly and leaned in.

Odom averaged a lousy 6.6 points per game during those 50 games, and it lead to the start of his personal struggles and the start of his relationship with Khloe. After two short stints with the Clippers and Knicks, Odom was out of the league by 2014, before an infamous drug overdose occurred.

It’s good to see Odom get his life back on track, and his biography will surely be worth the read.