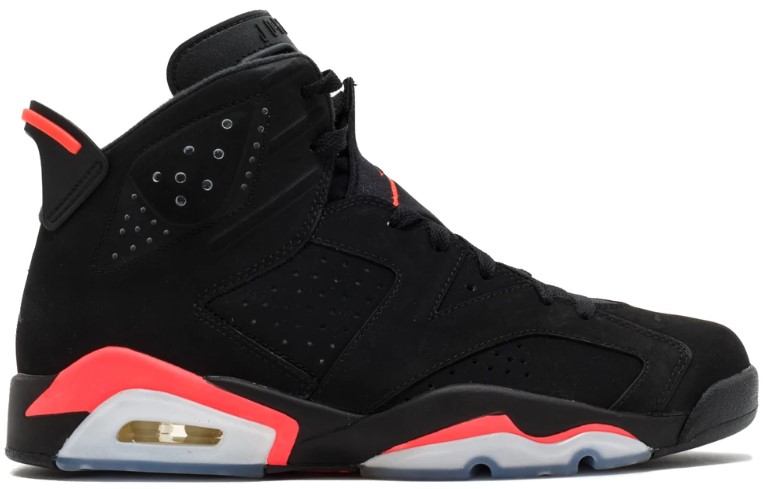 The Air Jordan 6 “Black/Infrared” is making a comeback, and a NBA All-Star Weekend release has been confirmed.

The iconic sneaker that was worn by Michael Jordan as he took down the Lakers for his first of six championships in 1991, this AJ6 sports a mostly black nubuck construction with bright hits of red, or “infrared,” on the midsole, tongue and heel. The photo above is of the 2014 version, but the only difference we’ll see next month is a switch from the Jumpman logo at the heel and insole, back to the original “Nike Air” branding.

The Air Jordan “Black/Infrared” will release on February 16, as confirmed by Foot Locker UK’s release calendar. Although Nike has yet to confirm the release, it has shown up on nike.com (check his feet).