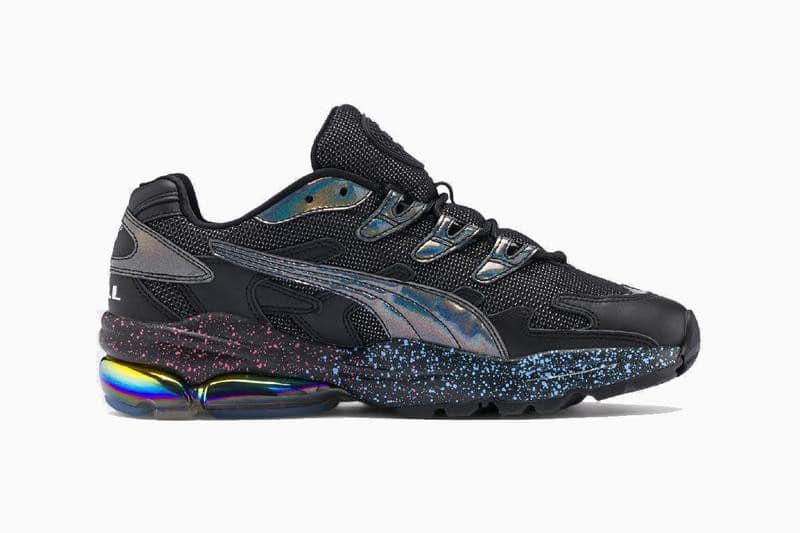 PUMA has revealed its upcoming partnership with NASA dubbed the “Space Explorer” pack, commemorating the 50th anniversary of the moon landing.

The chunky CELL Alien gets a galaxy-led look, with a predominately black colorway accented with holographic details and star-like speckles along the midsole. On the flip side, the sleek RS-X takes a lighter approach in a mainly gray and white colorway, while incorporating NASA’s color scheme with red and blue accents.
The footwear also includes hints of reflective silver throughout the upper, adding a futuristic slant to the overall design. The NASA x PUMA “Space Explorer” pack is expected to hit retailers like Overkill on July 20th in conjunction with Apollo 11’s anniversary.
[Hypebeast]