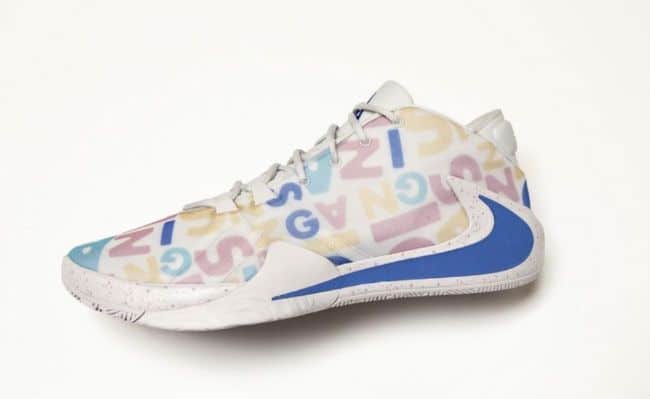 MVP Giannis Antetokounmpo showed up at a Drew League game in L.A. recently, and showed off a new shoe from his partnership with Nike.

Giannis pulled up to the @DrewLeague in LA with his ‘Alphabet Soup’ PE’s!!

Shortly thereafter, the Bucks described the shoe in some detail and the origin of the colorway, which both honors his roots and pokes fun at people saying his name wrong.

The blue swoosh is a nod to Greece and where his game got started. pic.twitter.com/ffzT6iR4tT