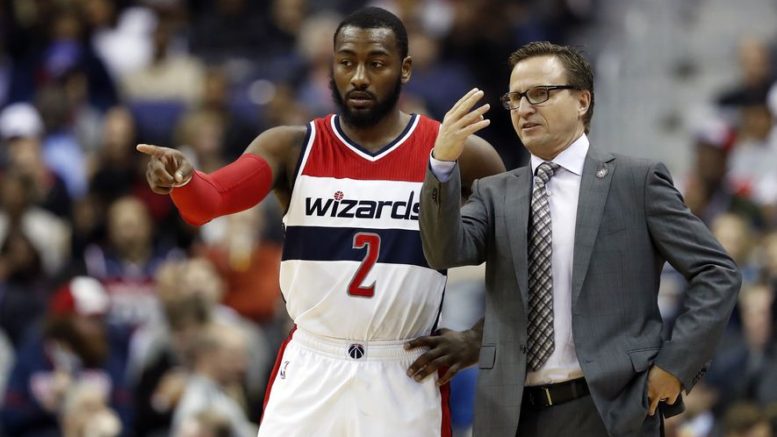 The Washington Wizards have been one of the NBA’s biggest disappointments in the NBA this season, getting off to a 5-11 start. Things appear to head downhill as reports have come out about the team looking to trade their two best players, John Wall and Bradley Beal.

Recently, a team practice got heated with both of the team’s stars expressing their frustrations. Wall apparently boiled over to the point of cursing out Brooks after the coach pleaded for more intensity, and according to ESPN’s Adrian Wojnarowski that earned him a fine from the team.

Story filed to ESPN: The Wizards fined All-Star John Wall for unloading a verbal barrage onto coach Scott Brooks in a recent practice. After Wall and his teammates had been challenged to raise intensity in that session, Wall fired back with "F— you," to Brooks. Story soon.

Sources on @TheAthleticNBA @WatchStadium: The Washington Wizards had a volatile practice within recent days, with verbal altercations among players and an exasperated Bradley Beal saying toward team officials: "I've been dealing with this for seven years."

So much for team chemistry.