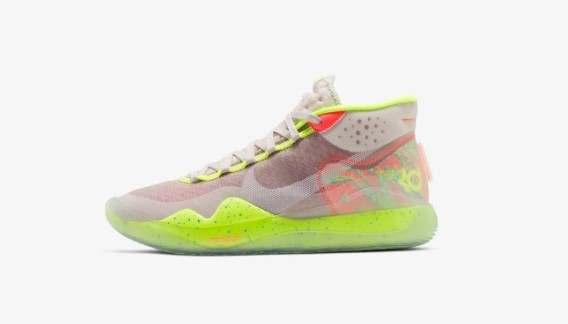 The company announced on its Twitter account that the KD12 will drop on April 1, nine days before the Golden State Warriors’ regular season comes to an end. If you’re interested in picking up a pair, they’ll cost you $150 at Nike.

This colorway is called “The 90’s Kid,” and pay tribute to the Nike Air Command Forces from White Men Can’t Jump.