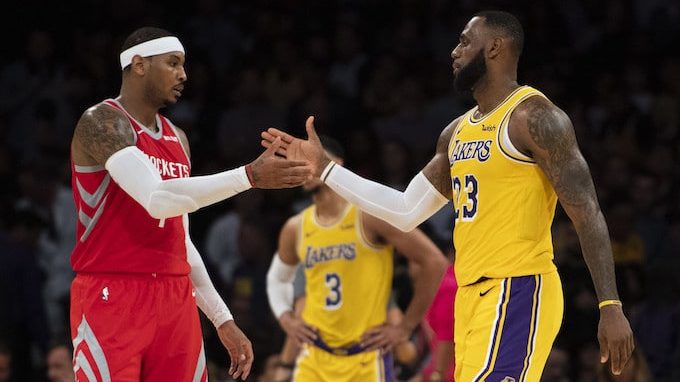 Carmelo Anthony is neither retired from the NBA, nor on a roster anywhere, which has led many to speculate why LeBron James hasn’t coaxed his good friend into the Lakers.

LeBron’s former teammate, and now ESPN personality Kendrick Perkins, revealed on Wednesday that The King tried pulling strings in the past to get ‘Melo on the same team as him.

Looks like ‘Melo won’t be suiting up with the Purple and Gold anytime soon.