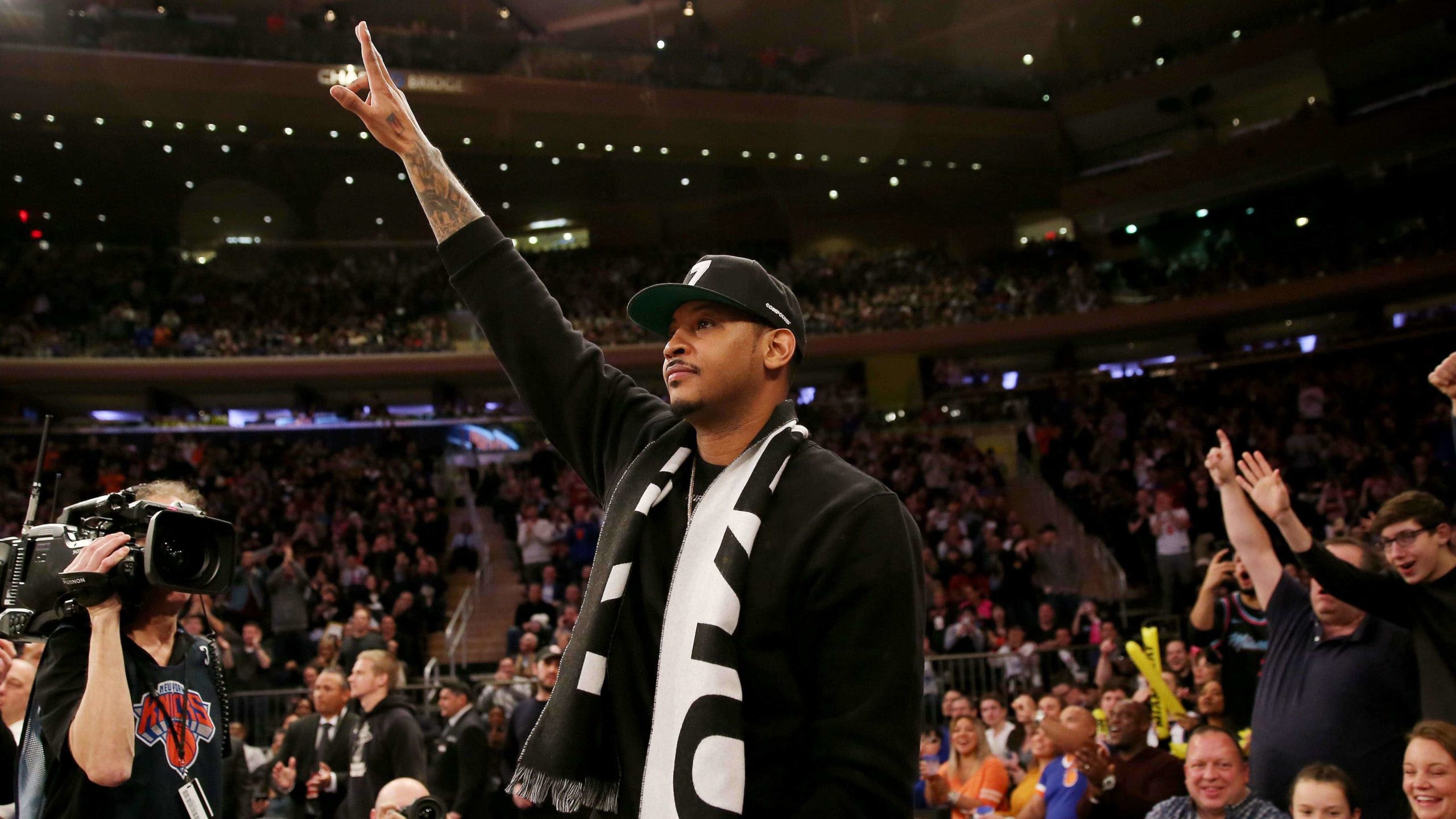 Kevin Durant and Kyrie Irving are pushing the Brooklyn Nets to sign Carmelo Anthony, according to a source that spoke with Frank Isola of The Athletic.

The Brooklyn Nets are interested in potentially signing Carmelo Anthony who recently trained with some members of the Nets in Los Angeles recently including Kyrie Irving.

Anthony hasn’t played since the beginning of the 18-19 season with the Houston Rockets.

It is unclear if General Manager Sean Marks is willing to take a chance on signing Anthony.

Anthony was scheduled to work out with a group of New York Knicks on Thursday in Manhattan.

Anthony’s camp remains optimistic he will sign with an NBA team this off season.