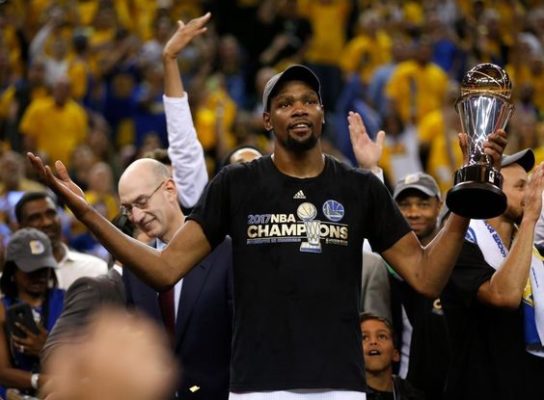 While most NBA fans loath this conversation, I think it’s wise to face this reality now, before our hope of another outcome gets too high.

A month ago, the Warriors were sloppy, unmotivated, and apprehensive. After the Kevin Durant and Draymond Green locker-room sh*t show became public, the Warriors lost their chemistry. Between the locker-room beefs, KD’s upcoming free agency, and Klay’s cold streak, it appeared evident that the end of the Warriors dynasty was near.

How quickly things have turned around…

2019 has been kind to the Dubs thus far; they have won 9 out of their last 10 games, beat the Denver Nuggets to reclaim the 1 seed, and are currently on a 7-game win streak. With All-Star week approaching, the Warriors have finally shown signs of confidence this season.

The recent success has remolded team chemistry and reinstalled fear throughout the league, but most of all the return of DeMarcus Cousins have given Golden State their swagger back.

Granted the Lakers will regain LeBron James and have proven they can beat the Warriors (with or without him), plus the Rockets Raptors and Bucks are proving their worth as contenders, but none of these teams will likely stop Golden State in June.

I know many of you are eager to see a new Finals Champion, that’s why the team at Playmaker HQ is here to save your future heartbreak now before it’s too late.

Here are the reasons why the Warriors are almost a lock to 3-Peat this postseason.