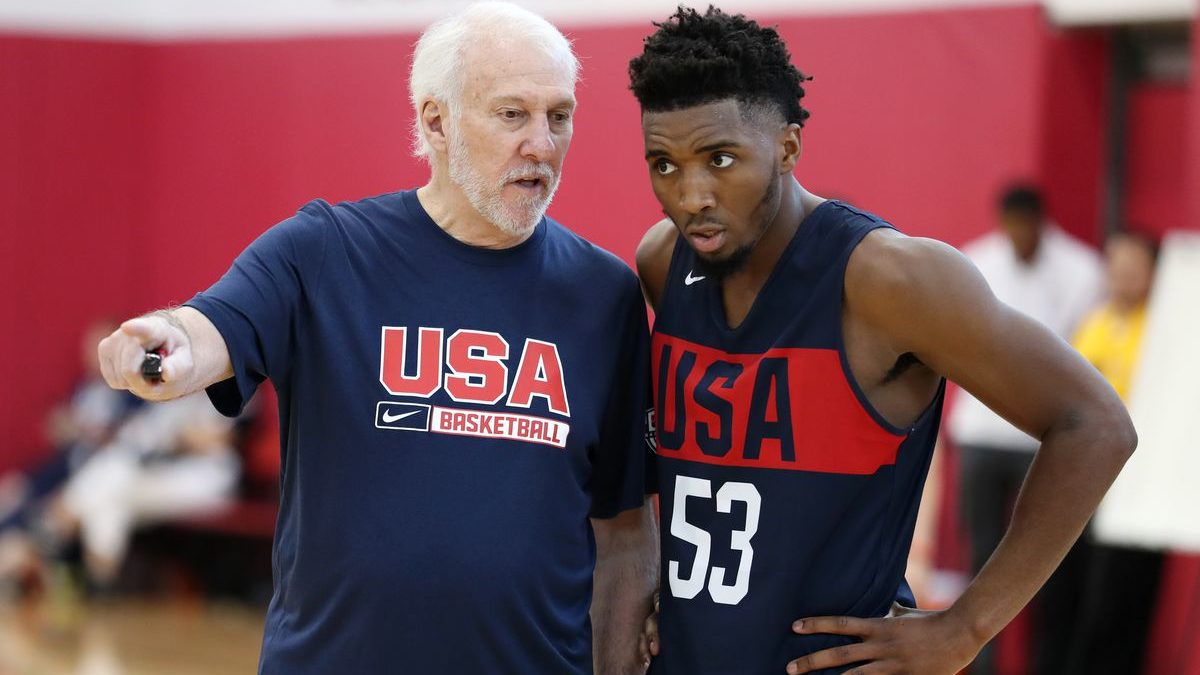 The United States men’s basketball team took a major step forward in its preparations for the upcoming Basketball World Cup in China later this month on Friday night, with their traditional blue and white scrimmage.

USA Basketball released the names of the 17 athletes who will advance to the next round of try outs. Per a release, they are Harrison Barnes, Marvin Bagley, Jaylen Brown, De’Aaron Fox, Joe Harris, Kyle Kuzma, Brook Lopez, Kyle Lowry, Khris Middleton, Donovan Mitchell, Mason Plumlee, Marcus Smart, Jayson Tatum, P.J. Tucker, Myles Turner, Kemba Walker, and Derrick White. Both Bagley and White were promoted from the select team following the exhibition, while Bam Adebayo and Thaddeus Young were cut.

The list will, eventually, be cut down to the 12 players who suit up for Team USA in China.