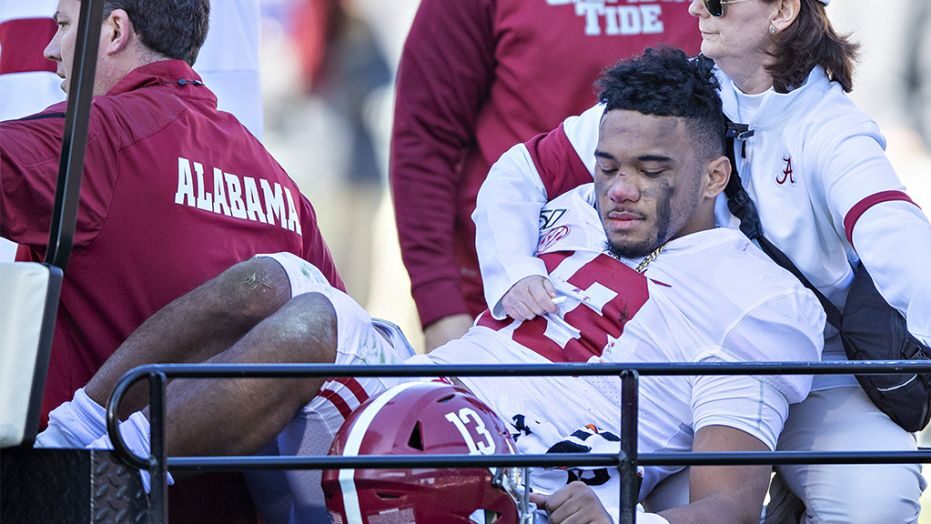 University Of Alabama quarterback, Tua Tagovailoa had his season come to an end on Saturday after dislocating his hip in Alabama’s 38-7 win against Mississippi State.

After being evaluated in Houston, it was said Tua will undergo surgery on Monday.

In what was supposed to be Tagovailoa’s final play of the game, two defenders landed on him causing him to land face down. His helmet came off and he came up with a bloody nose. He was also unable to put pressure on his right leg which was due to a hip dislocation. Tagovailoa was put into a helicopter and transported to a hospital in Birmingham, Alabama.