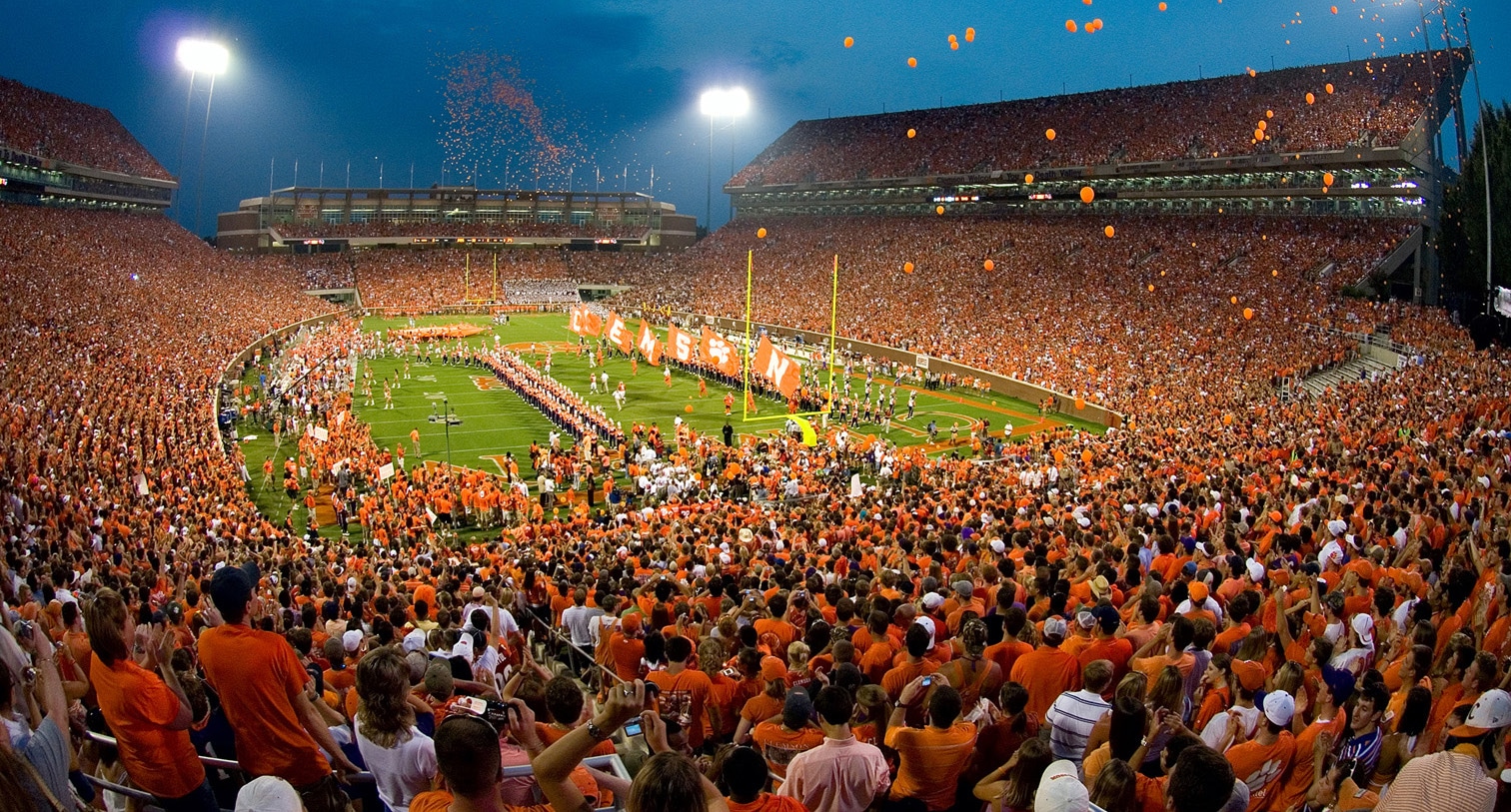 College Football is known for the atmosphere around the sport. It’s as much about the pre and post games, as it is about the game itself. Every year, we see The Game between Ohio State and Michigan, the Iron Bowl, The Red River Rivalry, the Whiteout, and many more. Gameday travels around, going to a different town every week, turning Saturday into a madhouse of tailgating and festivities. The eternal debate becomes, as it does with all things, whose atmosphere is best?

Kyle Field is home to one of the most dedicated fan bases in the country, consistently filling up the stands to its 102,512 seat capacity. They get loud, too. In big games, the crowd noise is constantly disrupting the opposing teams offense and giving energy to its defense.

In the fall, Cornhusker football is the number one priority at all times… and numbers two, three and four. The importance of Nebraska football is reflected in their attendance, as they have sold out a record 372 consecutive games. The sea of red creates an intimidating environment, even though the people are nice as can be, sometimes applauding their opponents if they escape with a win.

Auburn has a beautiful campus, with plenty of cheerful football fans, crying “War Eagle” as a greeting to their fellow tailgaters. Every year, Auburn hosts some of the best teams in college football, from Mississippi State and Texas A&M, to Alabama and Georgia. This is a storied program with a great gameday atmosphere.

Husky Stadium is home to some of the loudest fans in college football. The tailgating experience at Washington is unlike any other, as fans go “sailgating” on Lake Washington, right outside the stadium. Husky Stadium may have the most scenic backdrop in all of college football, overlooking Union Bay, Mt. Rainier and the Seattle Skyline.

While Tennessee hasn’t been a football powerhouse as of late, they still create an awesome gameday experience. The streets are crowded hours before kickoff, everyone clad in white and orange, with Rocky Top blaring from windows and bars. If you pick the right game, you will get to see the fans “Checker Neyland”, when the entire stadium wears either orange or white to turn the stands into a checkerboard pattern.

The historic program. The iconic stadium. The L.A. skyline. The Hollywood stars. No one can compete with USC when it comes to star power.

Notre Dame has a beautiful campus and a rich history, and their fans crowd into the stadium, under the watchful eye of “Touchdown Jesus”, to watch one of the best football teams in the country play. Notre Dame is especially unique because they are not a part of a conference, so they get to play big name schools from all over the country, which few other schools seem to do nowadays.

No one wants to play in Baton Rouge unless you’re from Baton Rouge. Night games at LSU are a deafening affair, as the fans only get louder as the game goes on. The tailgating lots are a great time, and the fans show off their southern hospitality to all who walk past, until the game starts. Then, you are the enemy, and the fans will go all out to show their love for the Tigers.

Clemson University makes the town what it is, and the fans show their thanks by showing out to every game. It helps that Clemson has two national titles in the last four years, but the fans come out to support the team no matter what. Clemson may also have the most unique entrance in all of college football, as the whole team runs down “The Hill” and every player touches Howard’s Rock. It’s hard to watch and not get goosebumps.

Penn State creates one of the most fun environments in college football. Almost 150,000 people tailgate on gameday, and there is not a single street on campus that isn’t crowded with fans dressed in blue and white. 110,000 fans are ready to go come kickoff. The student section prides themselves on having a direct impact on the game, keeping count of the opposing teams false starts with a giant sign hanging off of the first row. Once every year, the school has it’s annual “Whiteout” game, and there are few venues in college football that can compare to the bright white stadium under the lights.