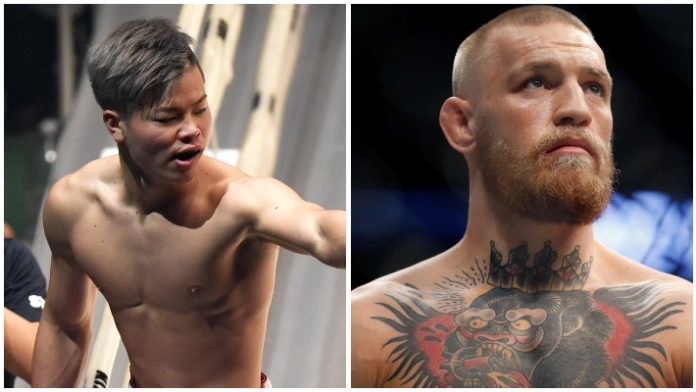 McGregor went on Twitter to express his interest in facing the Japanese fighter, asking the UFC and Paradigm Sports Management to set up the fight “this instant.”

Nasukawa accepted the challenge on his personal Instagram, noting his terms to make the fight happen. Nasukawa is willing to step into the ring only if McGregor can drop down a weight class (featherweight) and agree to kickboxing rules.

I wish to go to Tokyo to face Tenshin Nasukawa in a Mixed Martial Arts exhibition bout.
Before this summer.
Please arrange this, this instant.
Yours sincerely
The champ champ. @ufc @ParadigmSM

Dear Mr. McGregor. Thank you very much for remembering my name. I’m honored that you would even consider fighting me. 58kg, kickboxing rules would probably get us in the ring sometime in the near future ???? I will fight my RISE world GP this year so please watch your diet and wait for me! #RISE #Cygames #RIZIN #kickboxing @thenotoriousmma