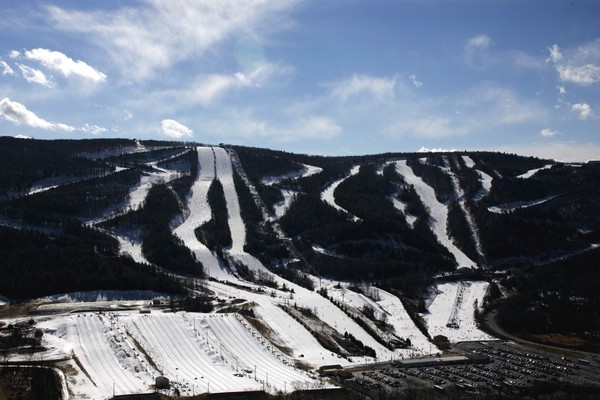 A 17-year-old boy who played in the Eastern Hockey League Premier died Tuesday from multiple blunt force trauma suffered in a fall from a ski lift at Blue Mountain Resort in Pennsylvania.

The victim was identified as Connor Golembiewski, a player on the New Jersey Renegades, according to The Morning Call in Allentown, Pa.

Carbon County Coroner Robert Miller Jr. told The Morning Call the death was ruled accidental, but the state police are investigating whether the lap bar on the lift was up or down.

The EHLP is truly saddened to hear of the tragic passing of Connor Golembiewski. Along with the New Jersey Renegades, the EHLP would like to wish our deepest sympathies to the Golembiewski family during this difficult time. Connor will be truly missed.#HockeyFamily pic.twitter.com/QqPKXpwrxC

According to the report, it was the third death on the slopes at Blue Mountain Resort in the past year. Grygoriy Sologub, 53, of Philadelphia died Jan. 21 after a collision with another skier and Euna Shin, 20, of Piscataway, N.J., died March 15 from head injuries in a fall while snowboarding.