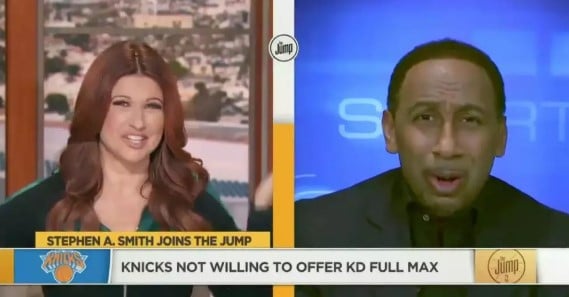 The biggest headliner from Sunday’s free agency frenzy in the NBA was Kevin Durant signing with the Brooklyn Nets, joining forces with Kyrie Irving.

The Knicks, thought to be a frontrunner for both Durant and Irving, were left with nothing, and passionate Knicks fan Stephen A. Smith appeared on ESPN’s The Jump to poor out his miseries.

“I can’t even put into words my level of disgust,” Smith began, bemoaning the Knicks’ inability to find a superstar who wants to play at MSG.