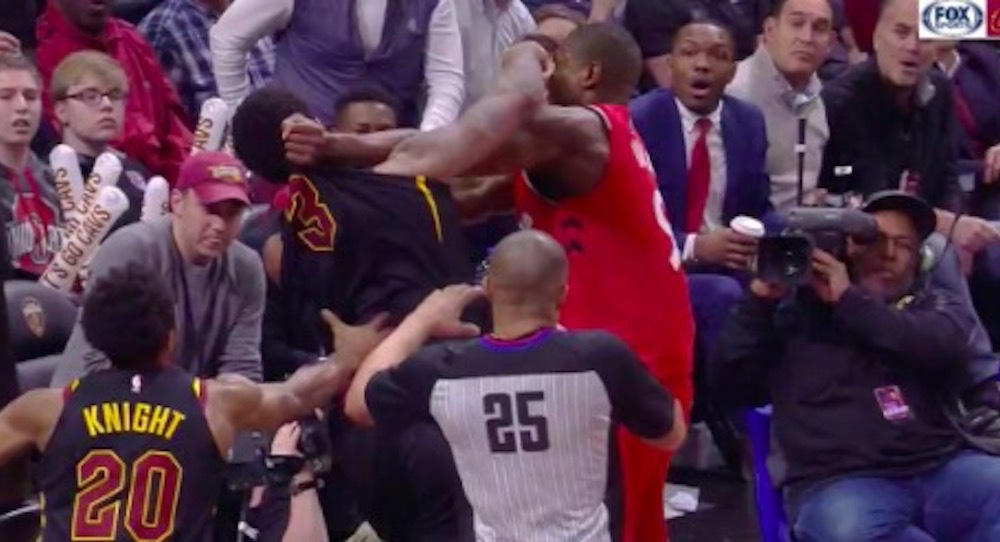 In the final seconds of the Raptors-Cavs game on Monday night, Serge Ibaka got tangled up with Marquese Chriss on the last play and fell to the floor. After the play was over, Chriss seemingly said something to Ibaka, which set the big man off as he charged Chriss, choking him into the stanchion.

Chriss and Ibaka both threw punches at each other, luckily with neither landing solidly, and they were separated quickly and ushered to their respective benches.

There’s not really any history between these two, but Chriss may have crossed the line with what he said to Ibaka while the Raptors’ center was on the ground.