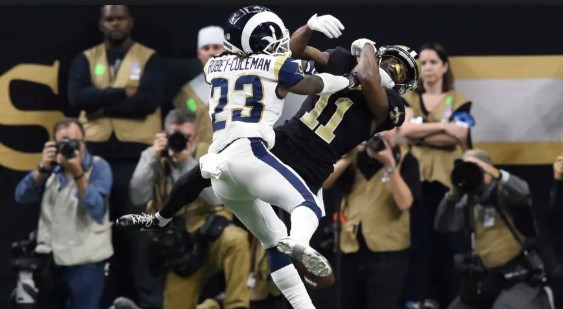 In what has become one of the biggest missed calls in NFL history, MLB Network’s Robert Flores shared a video of a near-perfect recreation of the Nickell Robey-Coleman hit on Tommylee Lewis in Madden, and even the virtual officials knew to throw the flag.

To take it one step further, YouTube channel TPS used the game’s settings to turn the pass interference slider down to a minimum, and referees still threw a flag for the hit.