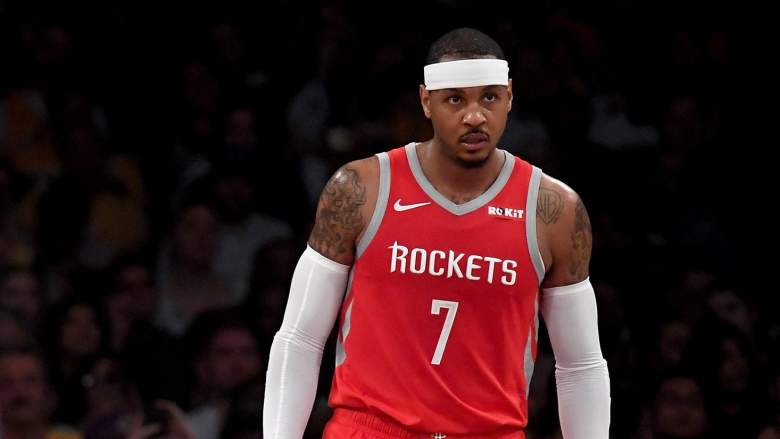 The Portland Trailblazers have just acquired Carmelo Anthony, and their star point guard, Damian Lillard, believes Anthony can help them come back from their dreadful start to the season.

Anthony has been long awaiting the moment for an NBA team to give him a contract — a moment he thought he would never see again.

The Trailblazers decided to take a chance on Anthony, signing him to a one-year contract worth 2.2 million dollars, but there is a catch — it’s a non-guaranteed contract.

Lillard grew up being a fan of Anthony, so he is excited about the chance to get to play with the 12-time All-Star. Lillard released this statement:

“I believe he can help us. Obviously I’d like to see our early-season struggles turn around, and hopefully we can be part of a great bounce back for Melo as well.”

Anthony averaged 13.4 points per game, and 5.4 rebounds per game while shooting 40.5 percent from the field for the Houston Rockets last season. He was traded to the Chicago Bulls in January and got waived before appearing in a game, per source.

Anthony has had quite some time off as no team was willing to give him a contract, and he believes that it’s not his game that teams are worried about, but it’s more so the fact that he needs to be willing to accept any role the team needs.

The earliest we will see Anthony in action is against the New Orleans Pelicans on Tuesday.