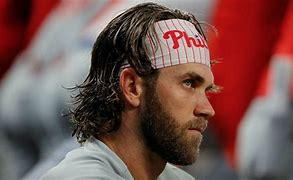 According to NY Daily News, there has been rumors that the team has lost millions of revenue and are in no situation to sign pending free agent JT Realmuto. The Phillies ownership has been a train wreck since their downfall over the last 8 years. They finally started to get some key pieces to a winning baseball team together only to start losing on of their best players. What can the Phillies do to bring playoff baseball and a World Series back to the city of Philadelphia?

The Phillies starting rotation is actually above average compared to most teams. However, their relief pitching is what most likely costed them a playoff spot this season. The Phillies scored first in 41 of their 60 games and lost 20 of those games. There was even a game in the beginning of the season where the Phillies jumped out to a 7-0 lead on the Blue Jays and ended up losing the game! Fixing the bullpen should be the #1 priority for the Phillies and from early free agency rumors, the Phillies aren’t showing a lot of interest in fixing their biggest issue.