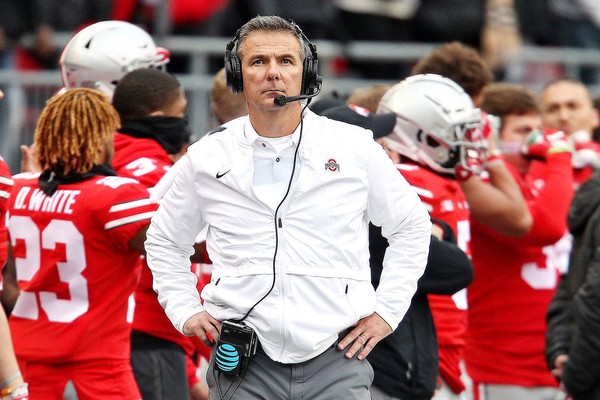 After seven years at the helm of the Ohio State Buckeyes, a tenure which featured a national championship in 2014, it was announced that Urban Meyer will retire following the team’s Rose Bowl matchup against the Washington Huskies on Jan. 1. After Meyer retires, Buckeye offensive coordinator Ryan Day will take over as head coach of the two-time defending Big Ten champions.

According to Pete Thamel of Yahoo Sports, Meyer’s decision to retire stems from “a myriad of factors,” but at the top is “his happiness with the state of the Ohio State program he inherited seven years ago.” The university will hold a press conference to announce Meyer’s impending retirement a little later on Tuesday.

In seven seasons as the head coach of the Buckeyes, Meyer led Ohio State to an 82-9 record with a 54-4 mark in Big Ten play and three conference championships.

His decision to retire now comes amid health issues regarding a cyst in his brain, which Thamel reported was a reasons for him to step down, and a cloud of controversy surrounding the way Meyer handled abuse allegations levied against former wide receivers coach Zach Smith. Said controversy led to Meyer getting suspended for the first three games of the 2018 season, in which Day took over in his stead and led the Buckeyes to a 3-0 record. Soon after this happened, a report popped up from Ari Wasserman of The Athletic which indicted discussions were taking place for Day to become Meyer’s head coach in waiting.