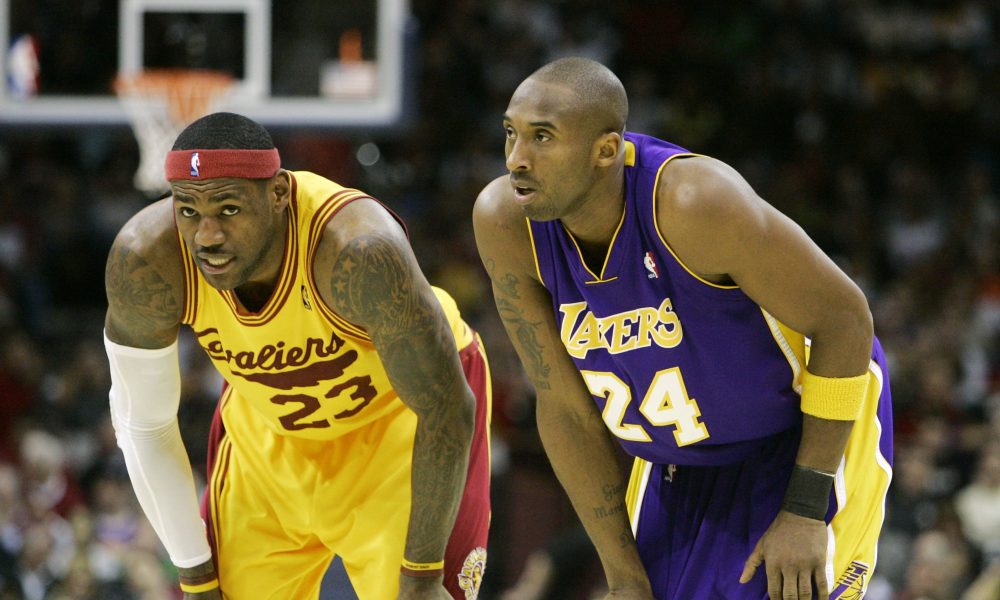 In last night’s game against the Atlanta Hawks, one Los Angeles Lakers’ legend made his appearance sitting court-side, Kobe Bryant.

As Bryant made his second return to Staples to watch the Lakers play the Hawks, the fans applauded him with a standing ovation.

The fans were not the only ones excited to see Bryant on the sidelines. Lakers’ superstar LeBron James also had a few words on what Kobe’s legacy meant to him.

“Just having him in the building and knowing what he meant to this franchise and L.A. for me and my teammates, what it means to be a part of this Laker Nation and Laker family, it’s a beautiful thing,” James said.

“And for me, I grew up watching, admiring. I was one of the kids, obviously, who had a chance to come out straight out of high school, so he did it, and I was just watching him.

“It’s just dope. It’s just so surreal for me, just a kid from Akron, to be able to have a guy like Kobe just take time out of his day. Even at this point in my career, it’s still special.”

Bryant’s return to Staples was originally a chance to promote “Epoca: The Tree of Ecrof,” the children’s fantasy novel he created with author Ivy Claire. Of course, since the Lakers were playing anyways, Kobe had to watch the number one seed in action.

James went on to mention that he felt a need to make the game interesting for the Lakers legend as he recorded 33 points, 12 assists, and 7 rebounds.

“That’s one of the greatest players to ever play this game, taking time out of his day on a Sunday.”

“So I’m just trying to put on a show for him and give him a reason, like, ‘OK, we might come to another game.'”

This was Bryant’s second game making his appearance at Staples Center after his retirement. The first game was last season against the Golden State Warriors where Bryant was seen leaving early after Kentavious Caldwell-Pope missed a three-pointer leading into overtime.

However, that was not the case this time. Bryant was intrigued through the entire game as the number one seed in the NBA put on a show for the five-time champion.