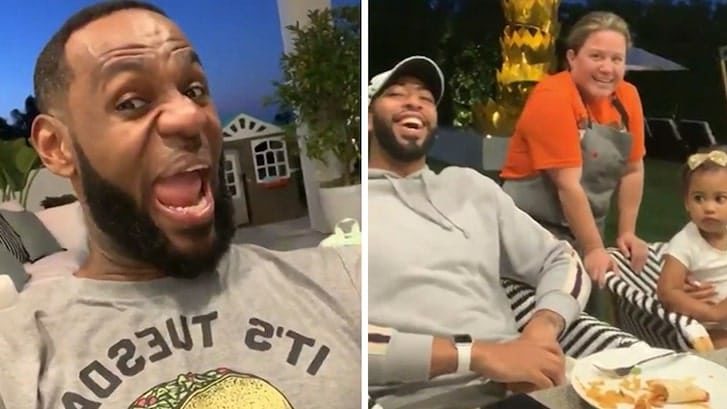 LBJ Trademarks, one of Lebron James’ companies, submitted paperwork to the United States Patent and Trademark Office to trademark the term “Taco Tuesday.”

This is a result of James attempting to monetize his social media videos that use the term.

According to the application, the goods and services involved with the trademark include “advertising and marketing services provided by means of indirect methods of marketing communications, namely, social media, search engine marketing, inquiry marketing, internet marketing, mobile marketing, blogging and other forms of passive, sharable or viral communications channels.”

The USPTO lists 29 requests to trademark the term, many of them no longer active.

Is this excessive? Taco Tuesday has been a term popularized by many before James. Let us know what you think

Update (9/16): LeBron’s application was swiftly denied by the US Patent & Trademark Office.

“The applied-for mark is a commonplace term, message, or expression widely used by a variety of sources that merely conveys an ordinary, familiar, well-recognized concept or sentiment message,” the USPTO said.

A person speaking on behalf of LeBron said that this was their desired outcome. They wanted to make sure that LeBron could never be sued for the use of Taco Tuesday.

“Finding ‘Taco Tuesday’ as commonplace achieves precisely what the intended outcome was, which was getting the U.S. government to recognize that someone cannot be sued for its use,” they said.

The USPTO’s decision will protect King James as well as all of the other entities that use “Taco Tuesday” for business reasons.