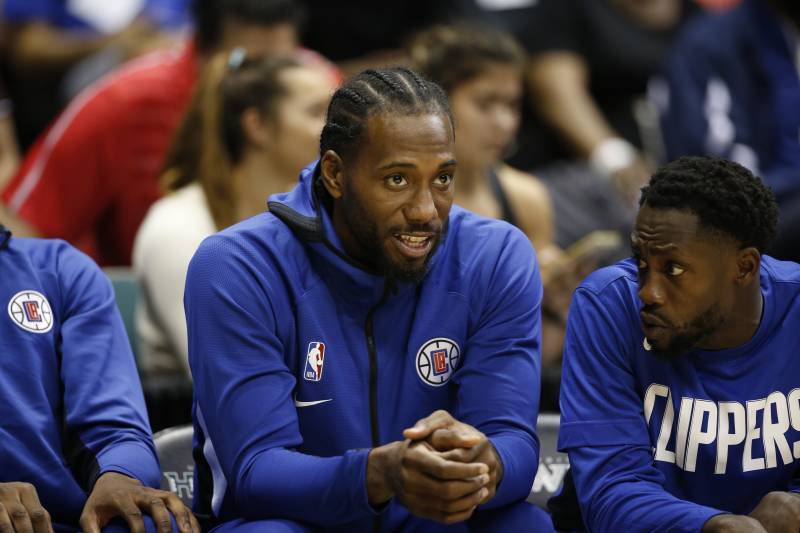 As the NBA continues to change, the recent “load management” technique seems to be disappointing fans as Kawhi Leonard is taking advantage of this strategic plan.

In a loss against the Milwaukee Bucks, the Los Angles Clippers could have used their superstar, Kawhi Leonard, as reigning MVP, Giannis Antetokounmpo claimed the victory, falling 1 assist shy of a triple-double.

Before reaching 10 games, Leonard has been sidelined for “load management” for the second time this season. This has caused an uproar in the league as fans are missing out on the opportunity to see the reigning Finals MVP in action.

Leonard, is averaging 29.3 points, 7.3 rebounds, 5.7 assists and 2.3 steals in the six games that he has played this season. However, that is not stopping NBA analysts, such as Doris Burke, from criticizing Leonard’s decision in refusing to play back to back games. Read Burke’s comments below:

“Kawhi not playing to me is ridiculous at this point,” Burke said Wednesday on SportsCenter. “I don’t understand it. He is a great player. He is compelling to watch. If you’ve watched any of his games, he’s been absolutely brilliant in the fourth quarter and won them a ton of games. And the Clippers obviously have a responsibility to Kawhi and to winning, and long term. But the league also, I believe, is and should be concerned that their best players aren’t playing on nights when they’re on national television… And when this pinches the NBA I do not know, but to me, this is a problem.”

It’s common to see “load management” towards the end of the season, when players are getting ready for the playoffs, and in order to prevent injuries. It is very uncommon to see it this early in the season when teams are battling for rankings.

“Load management” is becoming more common in the NBA, which has created a gamble for the fans. Considering the fans are the main element of how the NBA and the players make their money, this is a problem that needs to be solved by league executives.

Thanks for reading! Tristan is an NBA Writer for Playmaker HQ who covers all 30 teams. You can follow him on Twitter @TristanRyan720. Stay tuned for future articles.