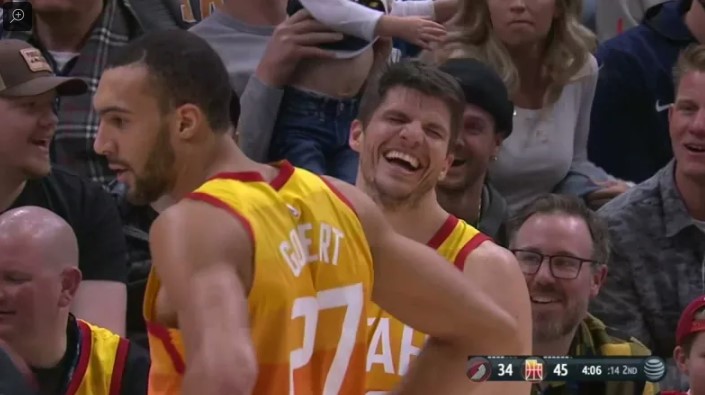 Veteran sharpshooter Kyle Korver spent the past few seasons in Cleveland playing with J.R. Smith. One can only presume that J.R’s antics wore onto Korver.

One of J.R’s greatest hits was when he was with the Nuggets, and during a game against the Kings, he caught an airball shot by Tyreke Evans. J.R., however, thought the ball went in and attempted to inbound it.

During the second quarter of the Jazz game against the Blazers on Tuesday night, Damian Lillard put up an airball that went into the hands of Korver, who pulled off the same feat.