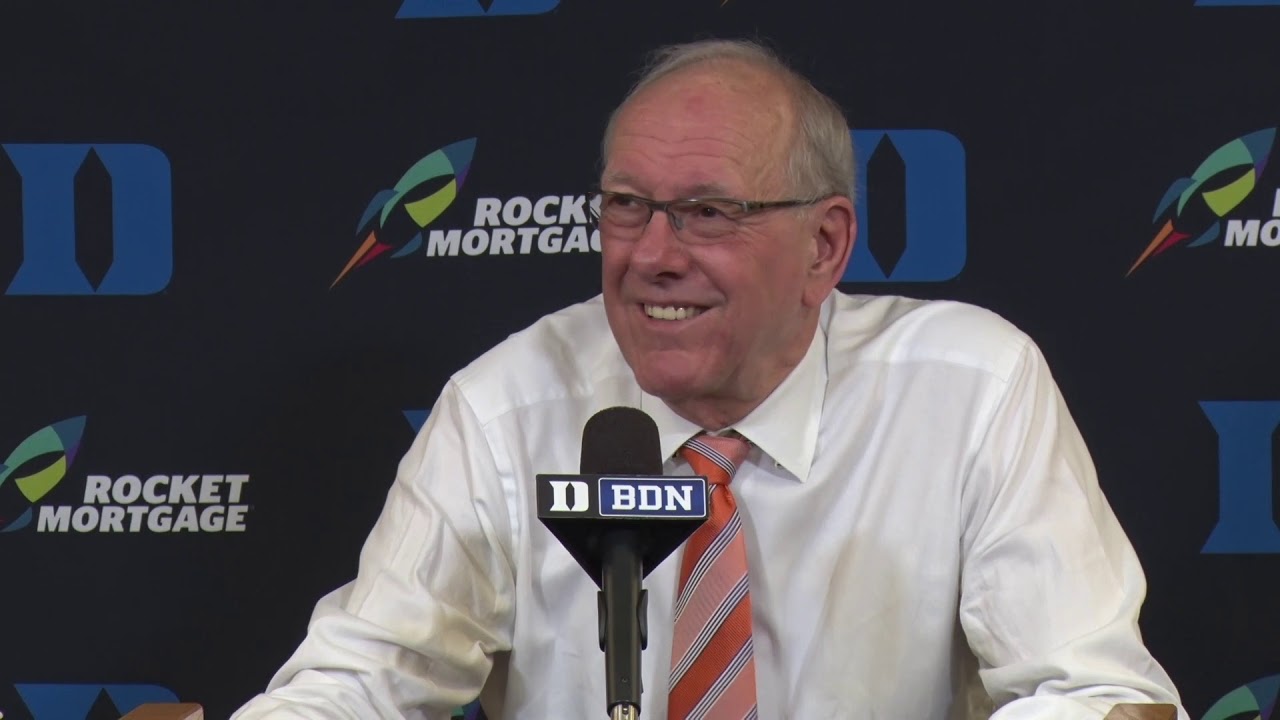 Williamson dropped 35 points in the game, a new career high, but the Blue Devils were without Cam Reddish due to illness and lost Tre Jones to a shoulder injury in the first half. After his team pulled off the upset, Boeheim compared Williamson to a young Charles Barkley, with the exception of being fat.

"He’s like Charles Barkley was, except he shoots better … and he’s not as fat.” @Cuse_MBB HC Jim Boeheim had some thoughts on Zion Williamson ? pic.twitter.com/PkfWnXIg31

Barkley responded to it, and called into the Dan Patrick Show: