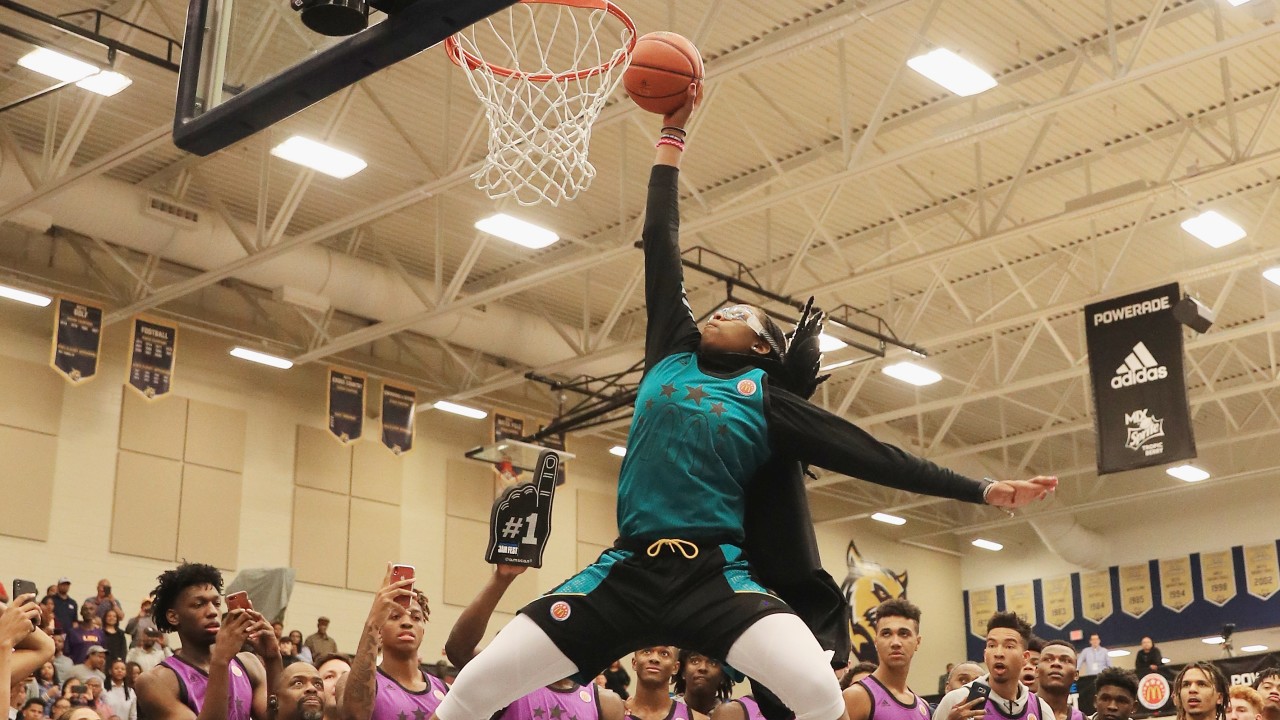 Fran Belibi is a high school player who has made it in the viral circuits this year, with her incredible dunks that she’s pulled off in games. So it wasn’t a shock at all when she was invited to participate in the High School McDonald’s All-American Dunk Contest.

On Monday, Belibi competed and pulled off four dunks that earned perfect scores, en route to winning the contest.

Fran Belibi THREW DOWN in the 1st round of the dunk contest ? pic.twitter.com/2oFbFuOgTQ

She even brought out a prop, donning a black cape on her final dunk when she took off like Michael Jordan.

Only the 2nd woman to EVER win the dunk contest ?

Belibi, a Stanford commit, becomes the first female to win the dunk contest since Candace Parker did it in 2004.