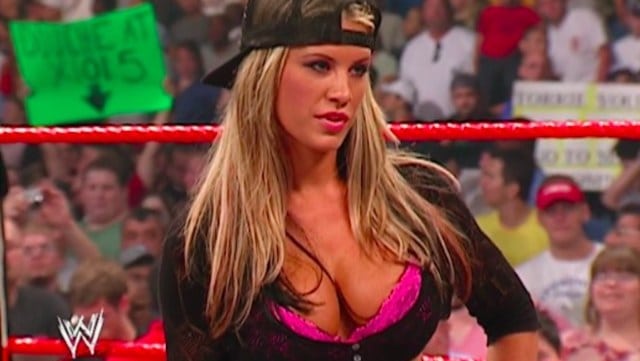 WWE announced Thursday evening the death of former WWE performer Ashley Massaro, who wrestled for the company for three years after winning a 2005 “Raw Diva Search.” Massaro competed for the WWE Women’s Championship at Wrestlemania 23 back in 2007.

We are saddened to learn of the tragic death of former WWE Superstar Ashley Massaro. WWE offers its condolences to Ashley’s family and friends. https://t.co/PqHSRbOGso

According to TMZ, Massaro was taken from her Long Island, New York home to a local hospital, where she died “early Thursday morning.” No cause of death has been made public, but officials have reportedly described it as “non-criminal.” Massaro was 39 years old.

Massaro also recently tweeted out that she was making a return to the ring.

Gonna be bumping around the ring starting next week at @NYWCWRESTLING ? ? super pumped n ready to see what I got left in these ole boots of mine! Those guy are the best super safe and make me feel so comfortable-if u live in tri state area n want to train-THIS IS WHERE ITS AT!