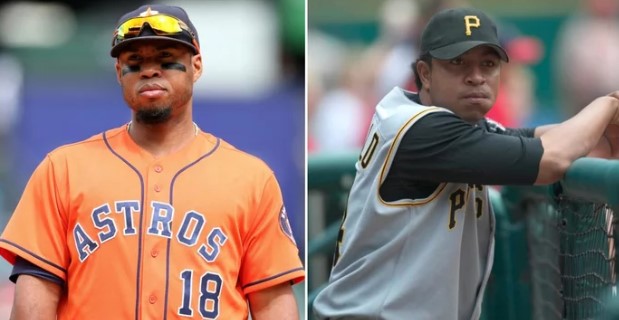 Former major leaguers Luis Valbuena and Jose Castillo were killed in a car crash in Venezuela Thursday, as first reported by the Orange County Register. Valbuena was 33; Castillo was 37.

According to ESPN, the crash was caused by highway bandits who then robbed them. The suspects have since been arrested.

The 33-year-old Valbuena and 37-year-old Castillo died late Thursday when their SUV crashed as it tried to veer around an object on the road, Yaracuy state Gov. Julio Leon Heredia said on his Twitter account.

Officials said some bandits place or throw objects on highways to force vehicles to stop or crash so they can rob the occupants. Heredia said four people have been detained after being found with property of the athletes.

Valbuena and Castillo were teammates on the Cardenales de Lara team in the Venezuelan winter league and were returning from a game in the capital when the crash occurred en route to the city of Barquisimeto.

Third baseman Carlos Rivero was in the car and survived.

Valbuena played for 11 seasons in his major-league career. His last stint was for the Los Angeles Angels in 2018. Castillo played a total of five seasons, four of them for the Pittsburgh Pirates. His final season was with the Giants and Astros in 2008.

We are saddened by the tragic news that Luis Valbuena and former major leaguer José Castillo have died in a car accident. pic.twitter.com/C3nILO00SE