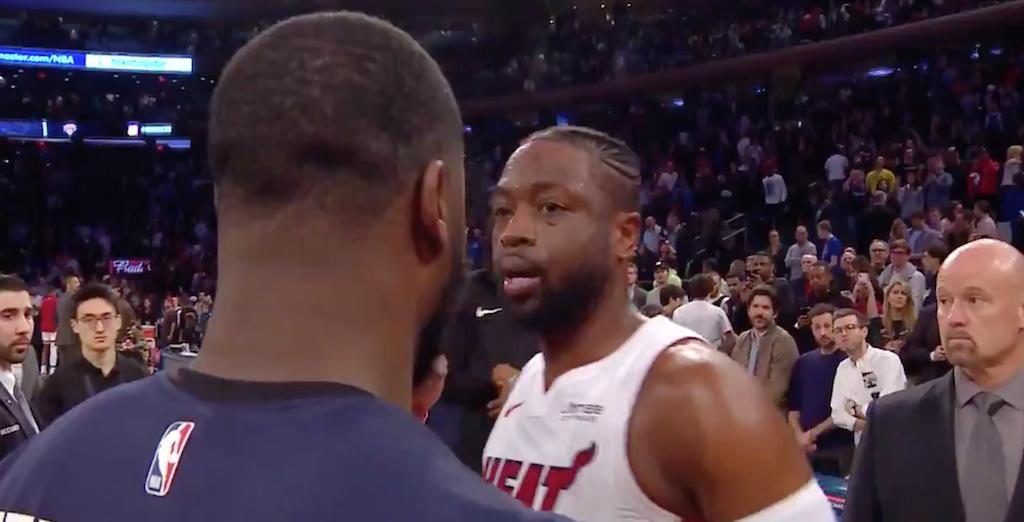 Dwyane Wade played his final game at Madison Square Garden on Sunday, which turned out to be a 100-92 win for the Heat. In 27 minutes off the bench, he dropped 16 points.

As he’s done after every game this season, Wade was getting ready to swap his jersey with a member of the opponent. Knicks guard Emmanuel Mudiay, who scored 24 points, thought he’d try and join in. Wade replied with a quick “nah” and said he already had someone to give it away to. To make matters worse for Mudiay, the whole cringe-worthy exchange was picked up on a broadcast’s audio feed.

Mudiay would’ve been without a doubt, the worst player to swap jerseys with Wade and the fact that he was so quickly rejected makes it for a comical moment.