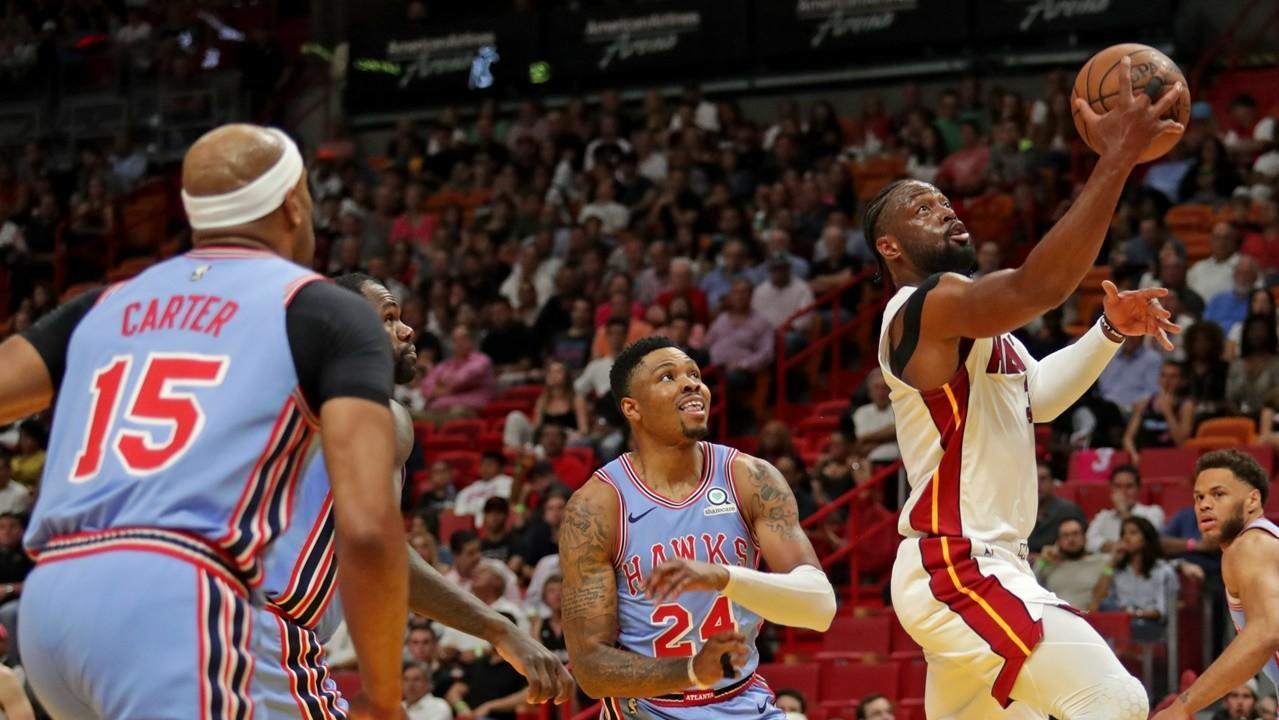 If the Heat end up not making the playoffs this season, Dwyane Wade has at least added one more significant accomplishment during his farewell season. On Monday night against the Hawks, Wade surpassed Michael Jordan to record the most blocks by a guard in NBA history.

Atlanta's BJ Johnson, the player took the shot earlier tonight that Wade blocked for the all-time record by a guard, is the 449th different player to have one swatted away by Mr. Wade.

At age 37, it does appear that Wade has some juice left in the tank, and could possibly one more season, but he has shot down that possibility.