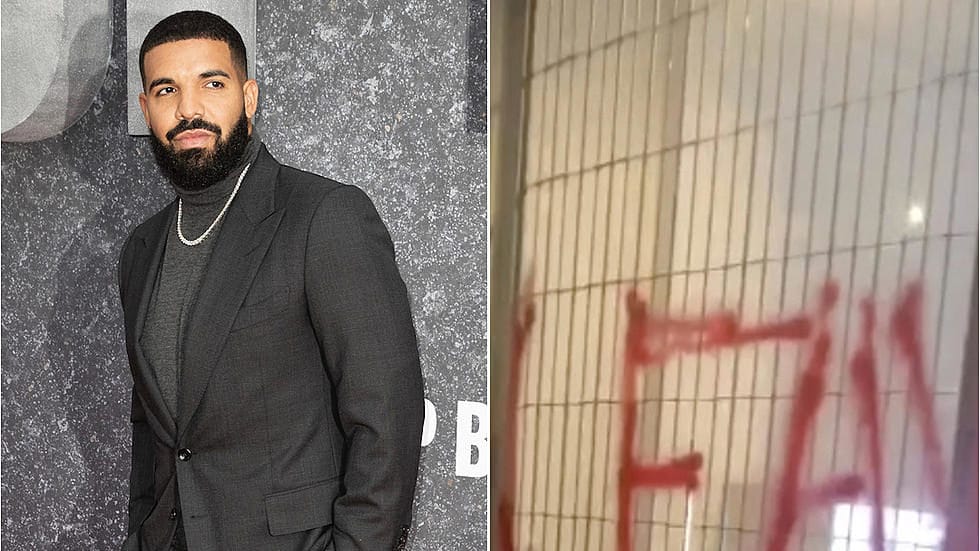 Drake’s OVO flagship store in Los Angeles was vandalized in the middle of the night with red spray paint that read “Leave LA.”

According to sources, the tension stemmed from the OVO founder allegedly sending a private message to Kristen Noel Crawley, a designer and the wife of Don C., Kanye West’s former manager.

The contents of the private message remain unknown, but it was reportedly enough to send a warning Drizzy’s way. A five-second video of the vandalized storefront made its way online with the supposed vandal(s) sternly advising Drake to get out of the city. “Leave L.A., man. We ain’t plain’ with yo b*tch a*s, man,” the man said as he focused the camera on the spray paint. “F*ck Drake.”