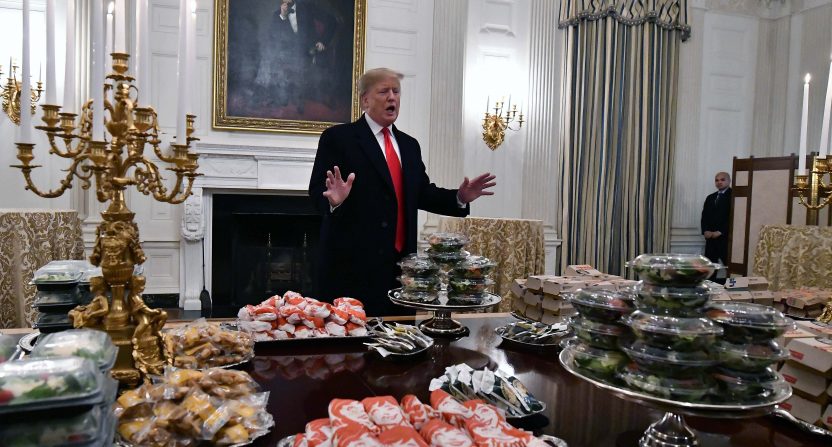 Less than a week after winning the national championship, the Clemson Tigers visited the White House and Donald Trump.

Amazingly, yet unsurprisingly, he served the entire team a whole bunch of hamburgers, fries, and pizza.

A White House correspondent claimed that with a shortage of staff because of the government shutdown, as well as the snow closures in D.C., the President went and bought a ton of fast food so the football players wouldn’t go hungry.

So here is the large display of Big Macs in the White House:

POTUS serving only the best in fast food. “Our nutrionist must be having a fit” Clemson player says pic.twitter.com/7MXRpvIkIA

Those players look so thrilled.