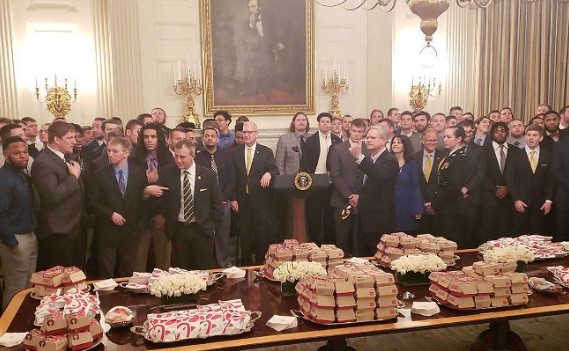 I wonder what the menu would be if a professional championship team decides to visit the White House.