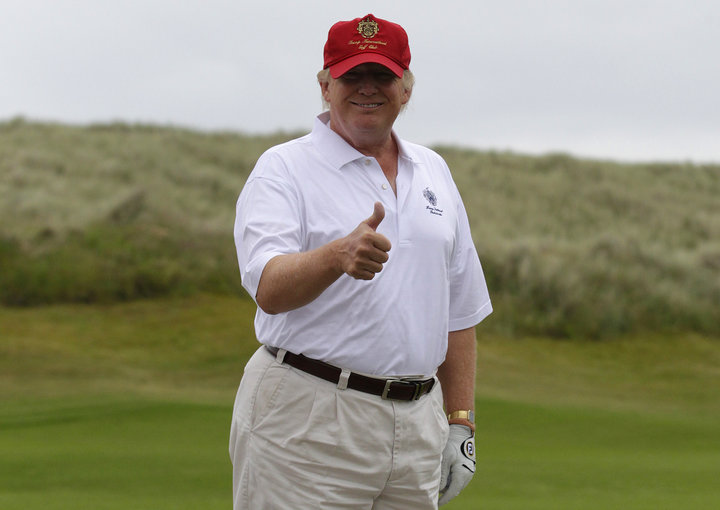 In an upcoming book by long-time sports writer Rick Reilly slated to come out later this year, Donald Trump’s golf course adventures will be highlighted.

One story in general was published in Politico on Thursday and included a moment when Trump angrilly slammed a golf club down, which bounced back up and hit him in the face. Trump then blamed his caddy for the incident.

“One time, after a bad drive, Trump slammed his driver back in his bag, as guys will do, and wasn’t really watching what he was doing, and the driver ricocheted back and hit Trump in the head. ‘A.J.?’ Trump asked, pissed. ‘Did you just hit me in the head with my own driver?’