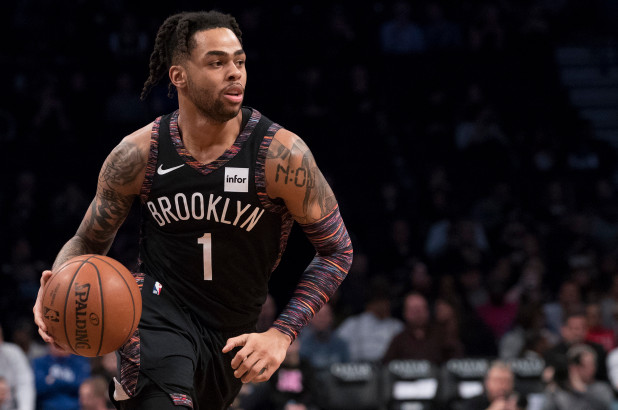 The Brooklyn Nets have one of the best City Edition uniforms in the NBA, as Nike’s special threads for Brooklyn during the 2018-19 campaign pay tribute to the Notorious B.I.G. The “Brooklyn Camo” is a nod to Coogi, whose products were fixtures in Biggie’s wardrobe and got a shoutout on the song “Hypnotize.”

There’s just one issue: The print on the uniforms were a little too close to Coogi’s designs, which was something the company never signed off on. As such, the New York Post reports that Coogi has brought a lawsuit against Nike, the NBA, and the Nets over the threads.

The lawsuit was filed on Wednesday in federal court in Manhattan, and includes Coogi suing for damages. Additionally, the company wants sales of the uniforms with the print to cease.

“[The defendants] were well aware that Biggie neither wore nor rapped about anything called ‘Brooklyn Camo,” the lawsuit reads.

“But they created, marketed and sold and distributed ‘Brooklyn Camo’ products so as to confuse consumers about the connection between their goods… and Coogi.”

The Nets are scheduled to wear the unis 4 more times in the regular season. It’ll be interesting to see how this plays out.