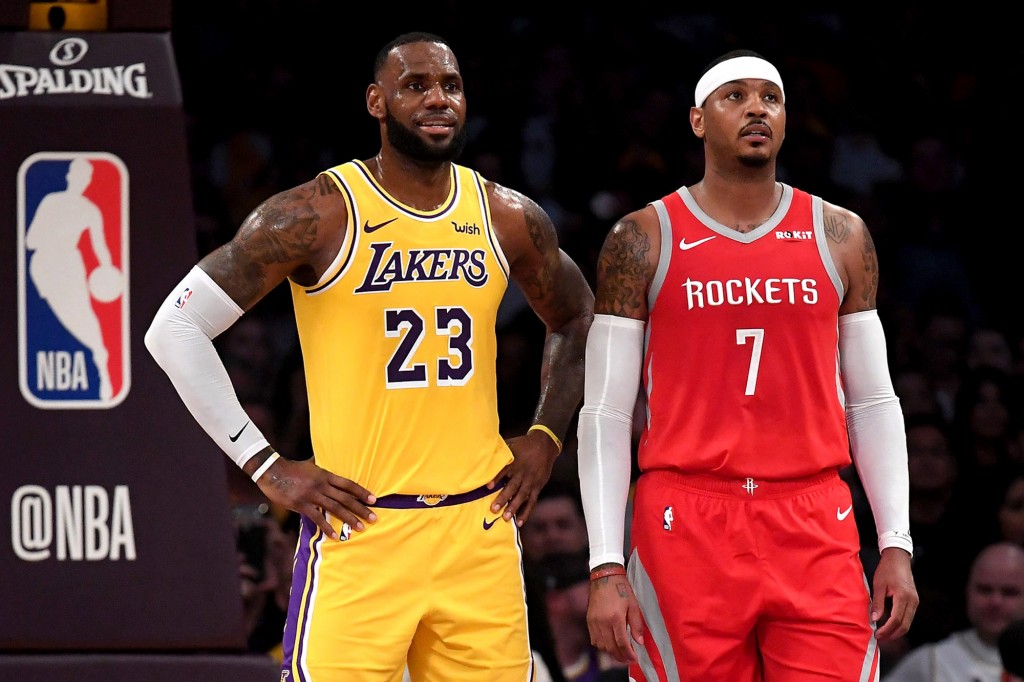 Carmelo Anthony hasn’t played in a NBA game since November, and it appeared likely that he would sign with the Lakers to play with good friend LeBron James after he received a buyout from the bulls in January.

However, after losing to the Pelicans, Grizzlies, Suns, and Clippers in the past week, the Lakers seem to be dead in the playoff race.

According to Adrian Wojnarowski, Anthony is now unsure about going to Los Angeles, because of how dreary and checked-out the team has become:

‘The Lakers had been leaning toward signing Anthony for the rest of the season — until losses in four of the past five games left the organization and Anthony’s camp wondering if it made sense to bring the veteran into an unsettled environment with suddenly so little chance of making the playoffs, league sources said.’

You know it’s bad when a someone like Melo thinks an organization is toxic.