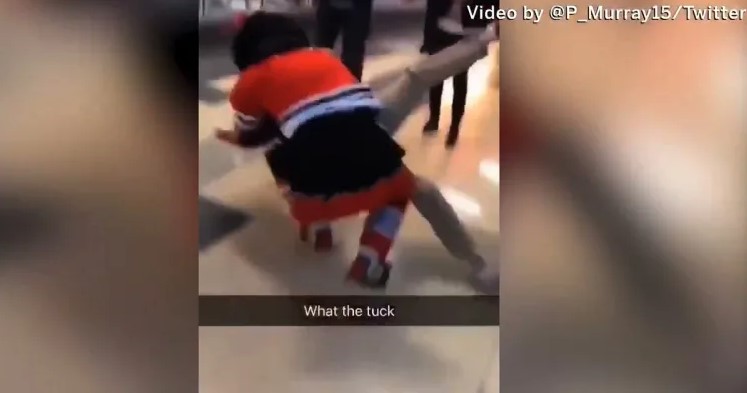 According to the Chicago Sun-Times, police said they were notified of a disturbance at the Blackhawks’ arena at 11:15 p.m. Friday, when a man punched Tommy Hawk in the face and put him in a headlock. Perhaps the punches and headlock was not captured on video, because as you’ll see from the footage below, Tommy Hawk defended himself very well: