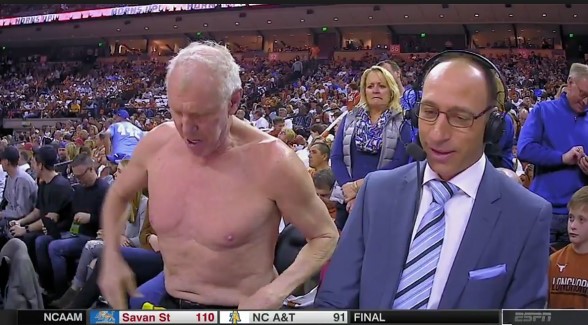 These days, Hall-of-Famer Bill Walton is commentating Pac-12 basketball games on ESPN, and has become a joy for late night television whenever he is on the air.

When working the Stanford-UCLA game Thursday night, Walton spent a lot of time talking about his alma mater’s coaching vacancy, following the firing of Steve Alford.

When play-by-play man Dave Pasch asked what type of characteristics the Bruins should look for in their next coach, Walton immediately responded with ‘Barack Obama’.

What type of characteristics does Bill Walton think UCLA should look for in their next coach?