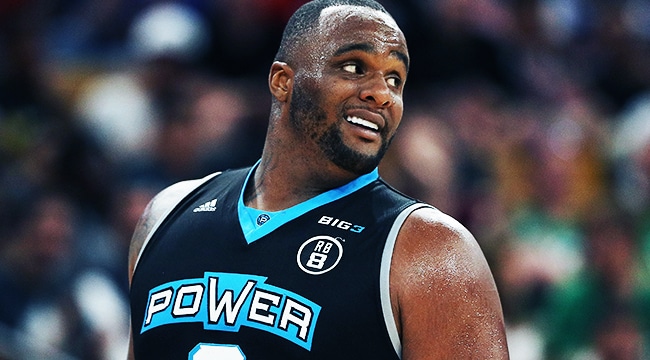 During Week 3 action of the Big3 in Atlanta, Glen ‘Big Baby’ Davis lived up to his name after getting ejected for arguing a call, then stripping off his uniform and launching it into the crowd on his way off the court.

Big Baby Davis got ejected from the game…and then he made quite the exit. pic.twitter.com/L7ei6z5tyi

Big Baby also took off his shorts, which the camera did not catch. His actions couldn’t fire up his team, however, as Power ended up losing that game to Trilogy, 50-43.