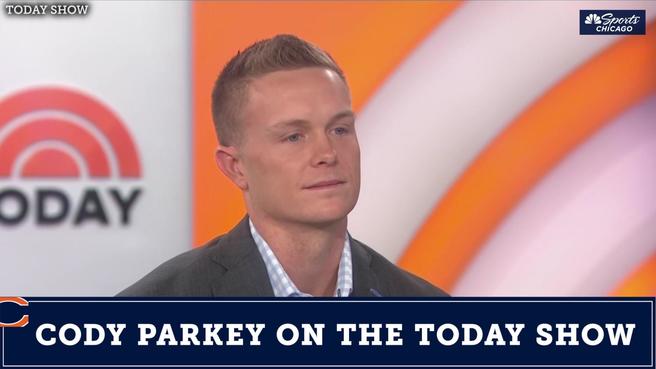 Bears kicker Cody Parkey went on the Today show to talk about moving forward with his life and his career after costing his team a playoff missing a game-winning field goal against the Eagles.

Parkey held his head high, telling the hosts he wasn’t completely gutted by the miss because “football’s what I do, it’s not who I am.” The Today crew named Parkey the “Most Honorable Player” for having the guts to show up after his brutal failure.

“As a kicker, you live for those moments – I had a lot of confidence going into that kick…I’m disappointed.” @ChicagoBears kicker @CParkey36 on last Sunday night’s field goal that would’ve sent his team to the next playoff round pic.twitter.com/SEV87eKgs7

As you would imagine, the didn’t sit well with fans, media members, and even Parkey’s coach, Matt Nagy.

Nagy and GM Ryan Pace held an end-of-season press conference today, where Pace said of the kicker position, “We need to get better there, it’s an area of focus,” before later affirming that the team will bring in competition for Parkey’s job this offseason.

Nagy said that Parkey didn’t bring up his forthcoming Today appearance in their exit interview, and he was plainly unhappy with Parkey for doing so, calling it a “We and not a me thing.” He continued, “We always talk as a team, we win as a team and lose as a team. I didn’t necessarily think that was too much of a we thing.”