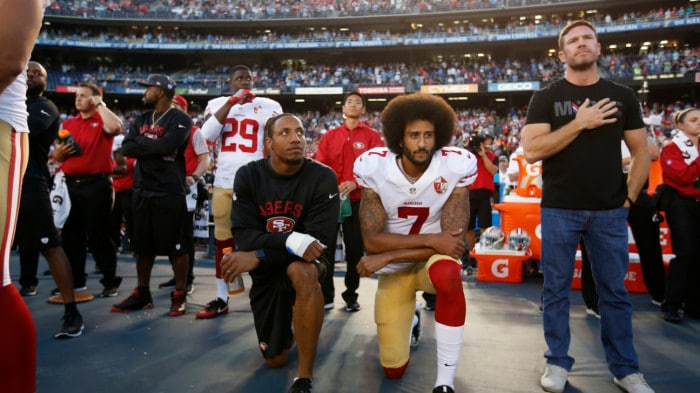 Controversy surrounds the NFL as former quarterback, Colin Kaepernick, is trying to force his way back in, but it’s hard to forget the reason he was kicked out — kneeling during the national anthem.

The first time Kaepernick decided to protest was during a game as he was a quarterback for the San Francisco 49ers at the time.

During this game, Kaepernick decided to sit on the bench during the national anthem, which he received a lot of attention from.