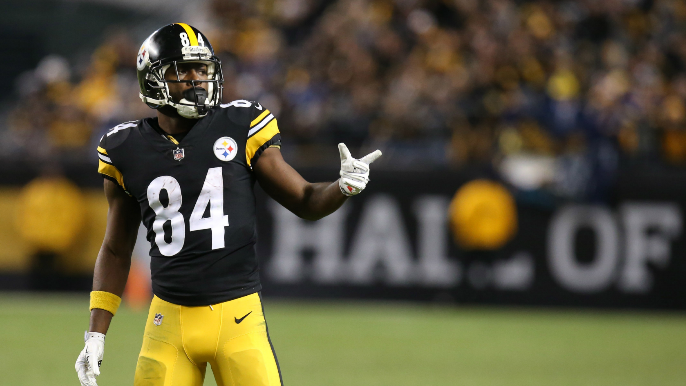 While Antonio Brown’s relationship with the Steelers is drama in itself, the star wide-out participated on Fox’s new signing show, ‘The Masked Singer’.

The show, if you are unaware, has masked singers competing on a reality show where eventually we will learn who is actually singing the songs we are hearing. This is the video the hippo character, later revealed to be Brown.

Did you pick up on anything? ? Don't forget to tweet #TheMaskedSinger + #HippoMask and your celebrity guess! pic.twitter.com/fgPE5fsDxv

“Breakfast is the most important meal of the day for a competitor like me,” the hippo said with a voice modulator on. The clues are supposed to allude to the fact that he’s a football player. The hippo says that he’s used to performing in front of thousands of people, and that he has to dance when good things happen, even if he gets in trouble for it.

When it came time to perform, the masked hippo performed a cover of Bobby Brown’s ‘My Prerogative.’

He's laying it all out there! ? #HippoMask crushed his performance. #TheMaskedSinger https://t.co/FjTAKhQ6a4

From the field to the stage! ? @AB84 was the first reveal of the season. Did you guess Antonio Brown was #HippoMask? #TheMaskedSinger pic.twitter.com/oUbRJS6I3h