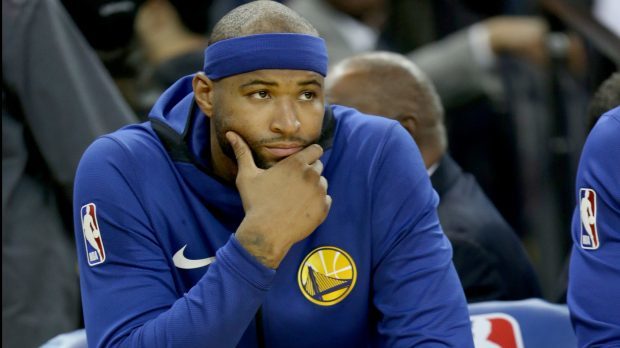 An arrest warrant has been issued for DeMarcus Cousins by Mobile, Alabama police after the release of audio of him allegedly threatening the mother of his 7-year-old son last week. During an argument over whether their son would be allowed to go to Cousins’ wedding in Atlanta, the Lakers center allegedly said “I’ll put a f*cking bullet in your head” after being told his son would not be able to go.

USA Today spoke to Mobile police on Thursday and confirmed that an arrest warrant had been issued after audio of the call was turned into police. The charge is a Class A misdemeanor, which carries a maximum sentence of one year in jail.

Mobile police spokesperson Charlette M. Solis told USA TODAY Sports on Thursday that “an arrest warrant has been issued.” The third-degree harassing communications charge was listed on the Mobile municipal court website, although no other information was provided.

Cousins will likely need to turn himself into police and what happens from then will be of considerable interest for the Lakers and NBA, who are currently investigating the incident. If he were to plead guilty or be found guilty, it would surely lead to a suspension of some kind under the league’s domestic violence policy.