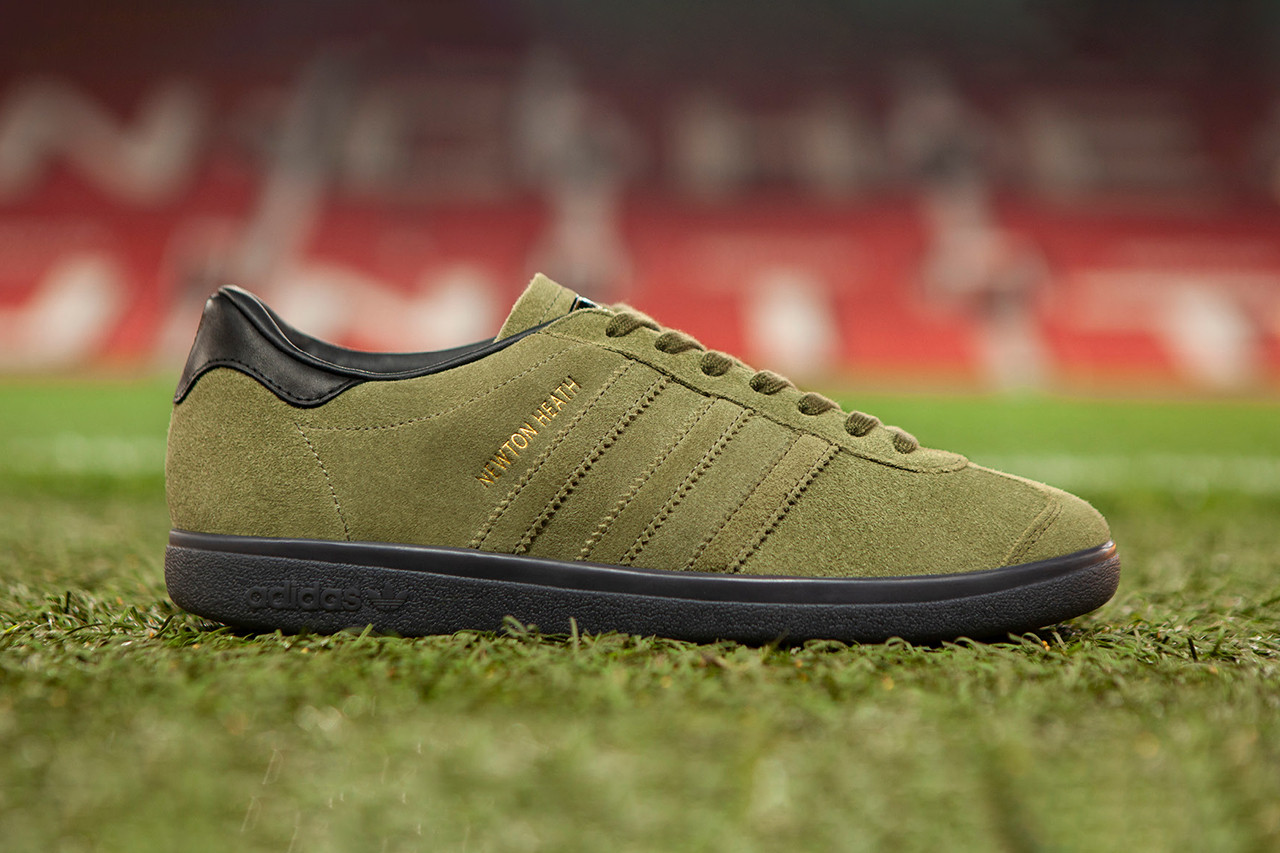 Manchester United has marked its 140th anniversary by teaming up with adidas Originals for a fourth collaborative sneaker. Titled “Newton Heath,” the sneaker marks 140 years since Newton Heath LYR Football Club was founded. Almost 25 years later, the team was renamed as Manchester United and went on to become one of the most successful football clubs of all time.

The “Newton Heath” sneaker is an entirely new silhouette, which takes inspiration from the club’s heritage. The dark green colorway is a nod to the club’s original green and gold kit, with gold foil lettering completing the reference. Other detailing includes a laser engraved Devil on the heel of the right foot — a reference to the club’s “Red Devils” nickname — and a screen printed map of the club’s old ground on the insole. The Manchester United x adidas Originals “Newton Heath” will release at stockists Manchester store on December 7.