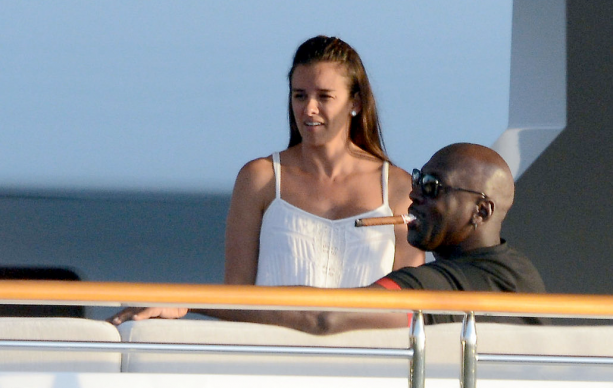 Michael Jordan is one of the most respected men on the planet.

From being the basketball G.O.A.T to an iconic businessman, Jordan has cultivated a life most dream of. After wrapping up a legendary NBA career, MJ elevated his brand into a billion-dollar business; officially becoming the first billionaire athlete in 2015, and now currently ranking in the top 5 of wealthiest celebrities according to Forbes.

His Airness owes it to himself to indulge in the fruits of his labor; so, he decided to kick off 2019 by purchasing an $80 million yacht and cruise to the islands of St. Barths. Living the life of Jordan includes kicking your feet up and sipping fresh margaritas, puffing on premium Cuban cigars, and sailing into the sunset with the company of beautiful women and best friends. It costs roughly $840,000 a week to man the ship and maintain his lavish lifestyle out at sea.

A few photos of the yacht were leaked following a tweet from MJs body guard Dwyane Bacon of Air Jordan swaying to “Wobble Baby” at the Hornets annual holiday party.

This yacht is a fully loaded luxurious sanctuary. The specs, features, and amenities on this boat out-class most apartment and condominium buildings.

Here’s a firsthand look at the G.O.A.T. SS and all its conveniences…