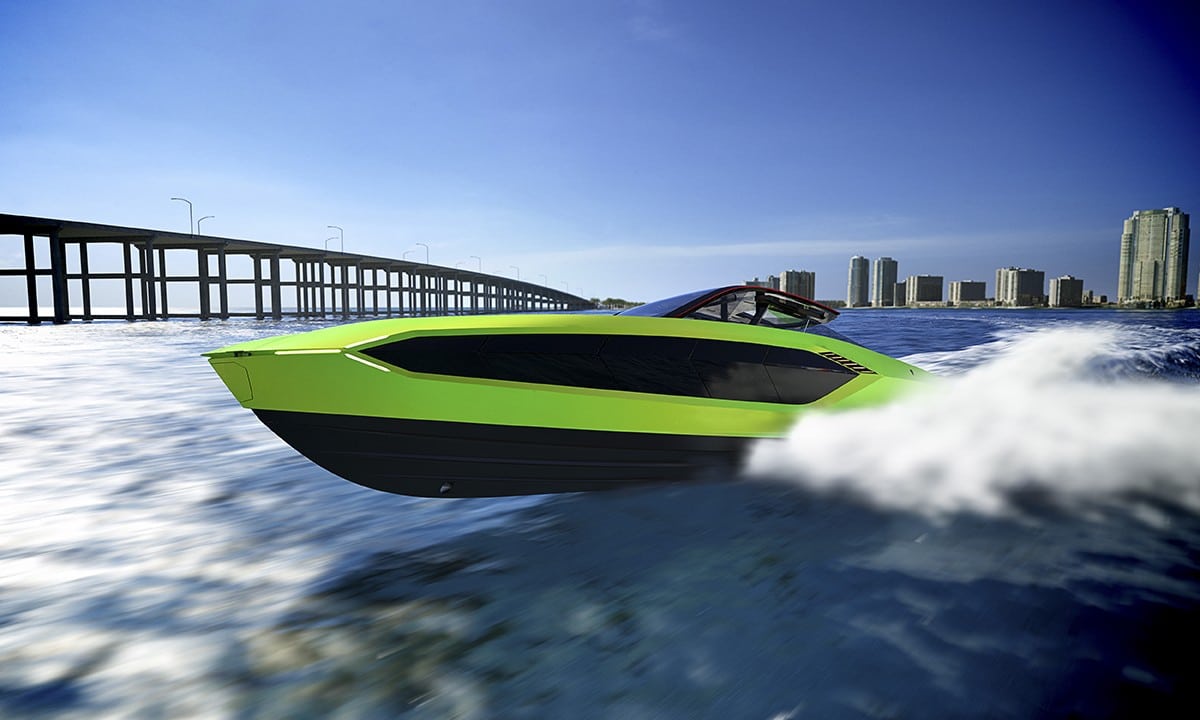 Conor McGregor is now a proud owner of a “Supercar of the Sea.”

The wealthiest MMA fighter of all-time has added a new toy to his collection. A Luxury super-boat made by none other than Lamborghini. The Italian Sea Group collaborated with Lamborghini to make 63 custom yachts. Conor is now the owner of the 12th edition.

“I am honored to secure the Number 12 edition of just 63 to be made… 1963 being the year Lamborghini first began, and 12 being, well you know Twelve!  Proper F*cking Twelve baby!”

Now, let’s talk about the design, specs, and features.

The Lamborghini yacht is a 63-foot long boat made out of primarily carbon fiber. Up top, the boat features a Lamborghini supercar 3-spoke steering wheel, car seats, push-to-start ignition, and 3 different driving modes. Overall, the sleek and bullet-like exterior of the yacht was designed to mirror its Lamborghini luxury car counterpart, including the stealth taillights on the rear.