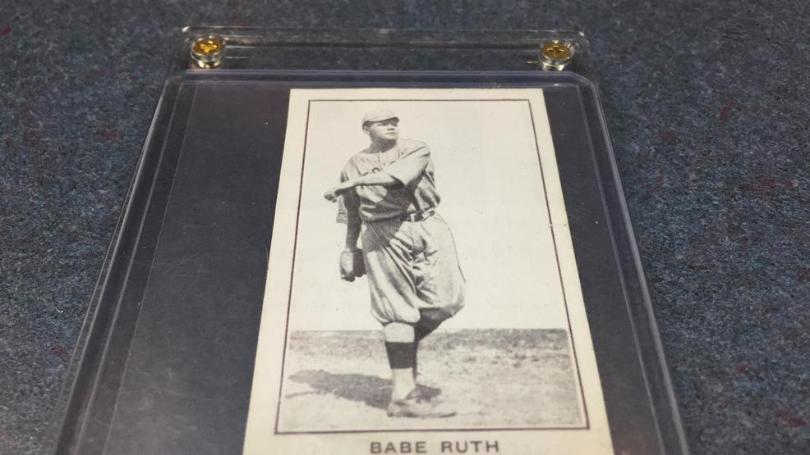 Ellen Kelly of Westernport, Maryland found a rare Babe Ruth baseball card in her family’s antique piano and she’s finally about to cash in some major dough for it.

According to artnet, Kelly purchased the piano at a family estate sale for just $25 back in 1992. At the time, she noticed that the instrument’s pedal was sticking out and called a friend to repair it. Tucked underneath the pedal was a stack of 112 baseball cards from 1916 including the rookie Ruth card that portrayed the young athlete with the Boston Red Sox.

A Maryland woman found a stack of 1916 baseball cards in a piano she purchased. Twenty-seven years later, she's about to cash in by selling them. The bid for the Babe Ruth rookie card is already $98,525. #boston25 #baberuth #pianobaberuthcard