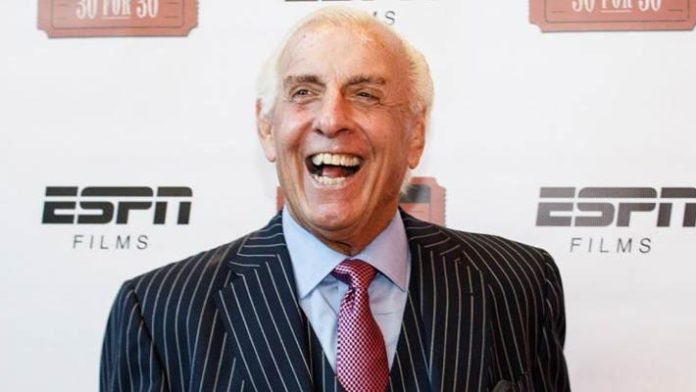 In August, 69-year-old wrestling legend Ric Flair spent over a month in the hospital for health reasons. Now, he’s recovered to the point that he’s looking to get back in the ring soon.

Appearing on a podcast with Steve Austin, says he’s been cleared to “do anything,” including getting “knocked down in the ring.” Looks like that one last match with Terry Funk isn’t such an impossibility.

“I had difficulty doing anything when I still had that bag on my side that was attached to my intestines because it sat right at my waistline and it was hard, but as soon as I got that off, I was back doing 500 free squats. To me, I just need a goal. Does that make sense? But I finally got the weight back on and then I found myself putting more weight back on than I wanted, so I have to be careful with that, but I’ve been working out. I can do anything, benchpress.

“I have to be careful after surgery, the second surgery, for hernia issues. But I literally took it easy. I didn’t do anything. And now I’m full speed ahead. The guys have cleared me to do anything. I’ve actually been cleared to get knocked down in the ring. I didn’t know if they were going to use me in some capacity and you know the clearances you have to have with the health policy, which is so adamant.”

It’d surely be a sight to see if the Nature Boy gets back in.